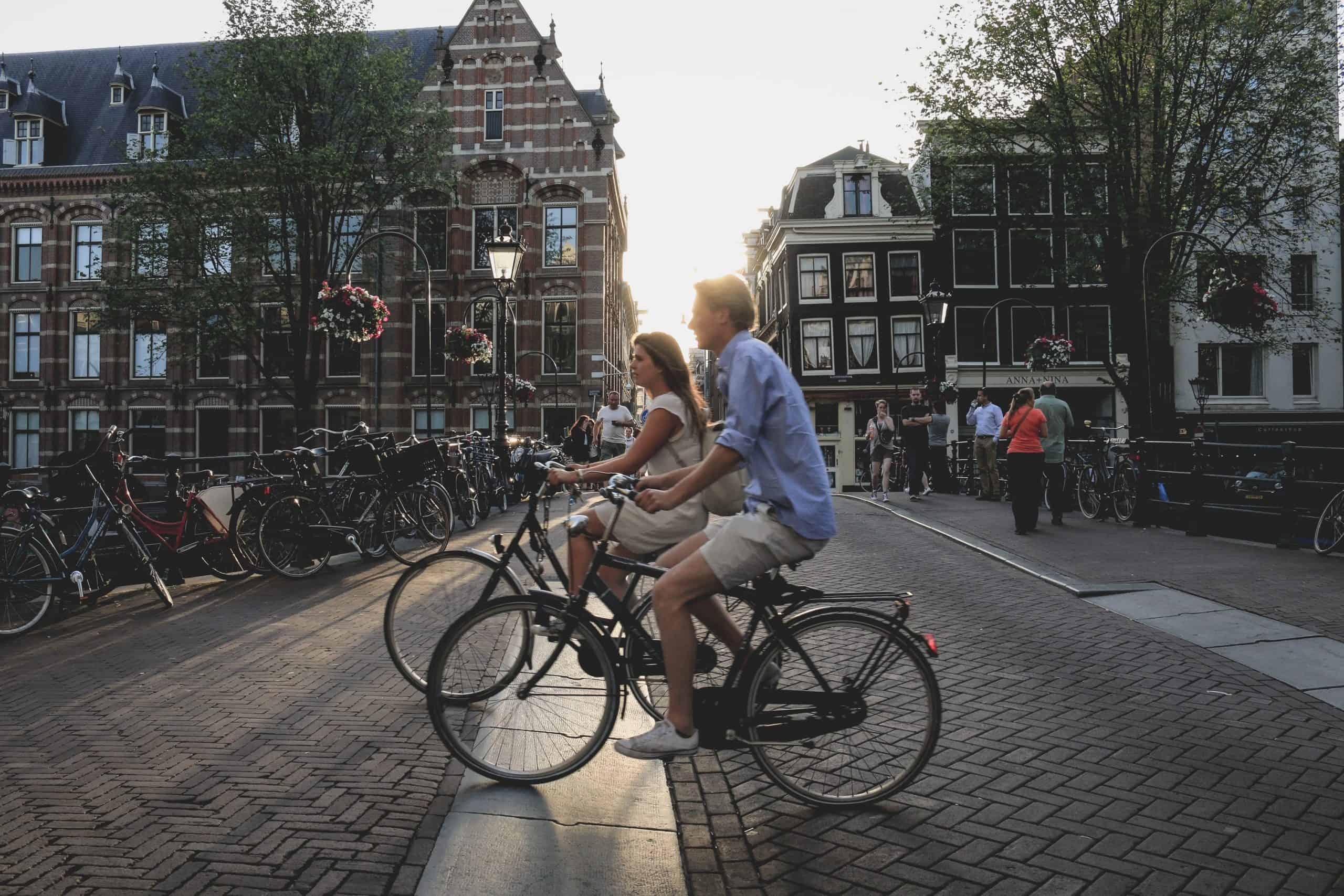 When blogger Lucy Seip fell in love with “a Dutchie” and moved with him from the U.S. to his home country, one of the first things she noticed was that people don’t wear bicycle helmets! As a mom of three, safety is perpetually on her mind, which is why she put on her detective hat and took a look at this phenomenon.

Why don’t her new countrymen and women ride bikes with nothing more than sunshine overhead?

Lucy discovered some of the reasons for having this collective perspective.

1. The Dutch are extremely aware of their surroundings. Unlike U.S. society where distractions are everywhere and people have become conditioned to them, the Dutch stay focused on what’s going on around them rather than electronic devices and common diversions.

2. Kids receive traffic and safety instruction from age 5. While kids in other nations are busy playing with dolls and watching their device screens, Dutch kids are mastering the nuances of red v. green traffic lights, the importance of obeying regulations and other critical lessons in traffic safety.

3. The Dutch consider helmets to be ineffective. According to traffic consultant Theo Zeggers, “If you are hit by a car on your bike no helmet will protect you.” His research has proven that bike helmets that protect again dangerous impacts at high speeds have not yet been invented, and he has the data to prove his point.

4. On average, every Dutch citizen spends 70 minutes weekly riding their bikes to do everything from run errands and commute to work. It’s part of the Dutch lifestyle and consciousness. They believe that getting all that fresh air helps them live longer!

Why create a culture of fear if it’s unnecessary?

Blogger Don added his own perspective after learning that the Dutch are helmet-averse. He conducted additional research of his own and reached these conclusions:

It’s an attitude and way of life, too

When American Dan Kois discovered the wonders of bike-friendly Netherlands, he was shocked to discover than Dutch cyclists had no fear of cars, so when his daughter asked where her helmet was on the day the family rented bikes in Delft, he tried to explain that the Dutch don’t wear them.

Kois quickly concluded that Dutch society looks upon bicycle transport as sacrosanct and it’s the automobile drivers who are considered “second-class citizens.” Even the Kois kids noticed the reciprocal agreement between Dutch cyclists and motorists in a nation that’s home to 18 million citizens and 22 million bicycles.

“Even though nobody wears bike helmets in the Netherlands, the fatality rate there is six times smaller than that of the United States,” Kois said in his revealing article for “The New Yorker.” How is that possible? Kois concluded that the Dutch subsume the needs of individuals to the needs of the community.

Translation? According to Angela van der Kloof, cycling expert and project leader with the Delft mobility consultancy, “From a young age in the Netherlands, we’re trained to take note of others.” Given this generosity of spirit and respect for individual welfare, is it any wonder the Dutch feel no need to wear bike helmets?

1 thought on “Why The Dutch Don’t Wear Bicycle Helmets”

Any cookies that may not be particularly necessary for the website to function and is used specifically to collect user personal data via analytics, ads, other embedded contents are termed as non-necessary cookies. It is mandatory to procure user consent prior to running these cookies on your website.