Skip to content
Home » Frequently Asked Questions » What Is a Good Mph on a Bike? 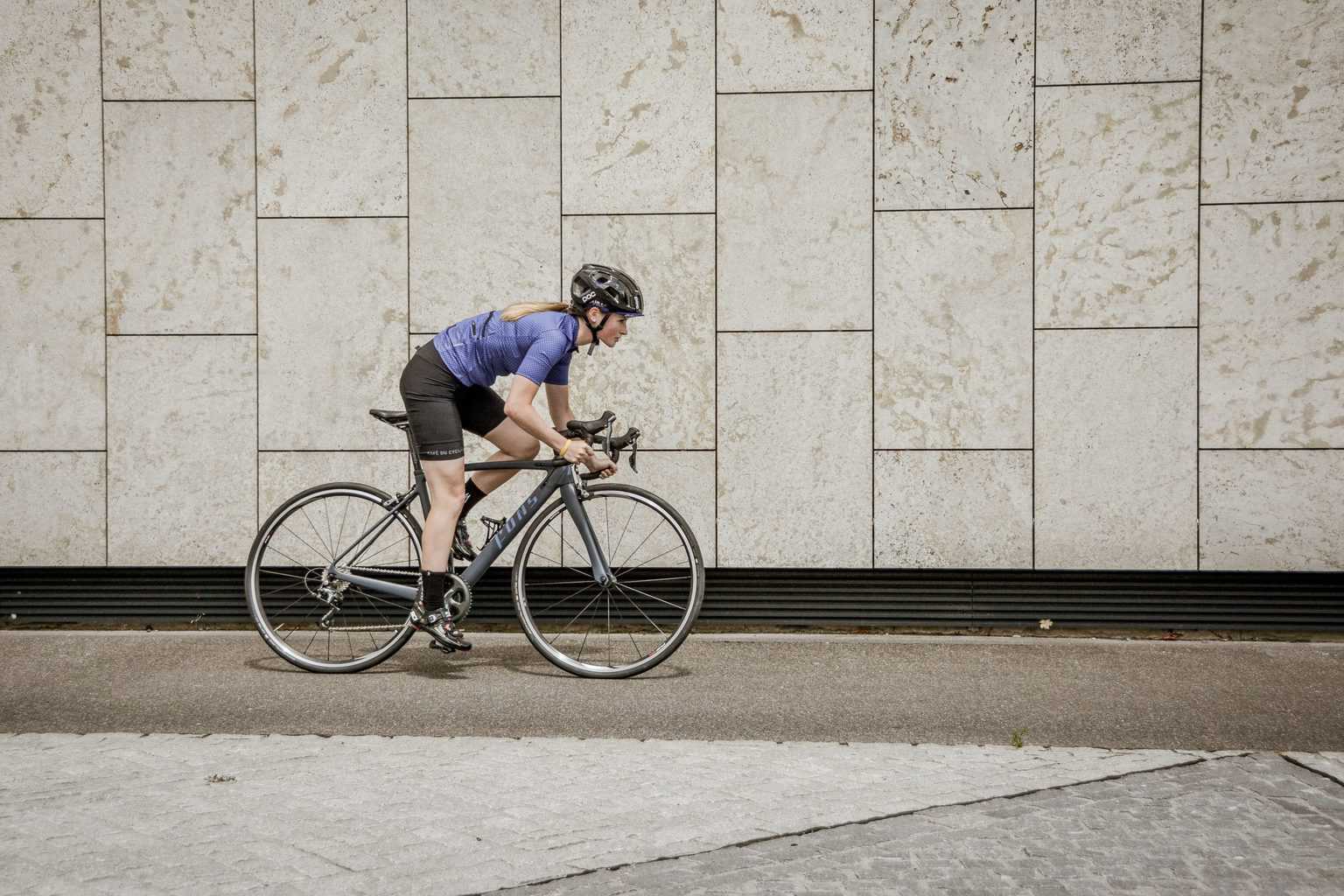 Cyclists have the ability to ride their bikes at different speeds. Sustaining top speeds depends largely on the rider’s level of experience and how long they can endure e pushing on the pedals. We are here to answer the question, “What is a good MPH on a bike?”

I decided to investigate and here’s what I learned:

The average cyclist can push a bike to do speeds of about 10 to 15 miles per hour. The type of bike, the rider’s experience, weather conditions, and road conditions are all factors that come into play to affect speed when riding a bike.

What’s the average speed of a beginner cyclist?

Many beginner cyclists hop on a bike just for fun, and they can push the bike to about 10 miles per hour without training. The level of experience they have on the bike plays a huge part in how fast they can reach top speeds while their level of endurance determines how long they can keep pushing the bikes at optimum speeds.

Athletes who have experience in other sporting activities that push their bodies to the limits, such as long-distance runners, have an advantage when they switch to cycling because the same grit needed when running has application when riding a bike. Such athletes who take up cycling become experts in a matter of weeks.

Beginner cyclists also tend to ride on busy road conditions, which tend to slow them down since they have to share the road with other users like pedestrians and vehicles.

What’s the average speed of a pro cyclist?

Cyclists who compete professionally can ride bikes at average speeds of about 25 miles per hour. They can achieve such great speeds because of their choice of bikes. Pro cyclists compete when riding road bikes optimized for speed.

The bikes have narrow wheels and superlight frames. The cyclists also employ tactics that make the ride more aerodynamic by donning helmets with low wind resistance and riding their bikes when bent over the handlebars instead of riding in an upright posture.

Pro cyclists also battle with ever-changing road conditions. While on the road, they have to deal with steep hills, uneven terrain, and slippery roads when it rains. Such conditions affect the speed at which the cyclist is traveling at.

While on steep roads, pro cyclists maximize their advantage when riding downhill by pushing the bike as fast as possible so that the distance covered is compensated when the ride uphill forces them to ride at lower speeds.

Variables that affect the average speed when riding a bike

The average speed on a bike is calculated over a long distance, and there are different factors along the way that affect the speed. We discuss some of these factors below:

The amount of cycling gear you carry with you when you ride a bicycle has a significant effect on your top speed and the average speed you record. When you carry heavy equipment, the extra weight slows you down since you have to haul the extra weight.

Carrying extra equipment also increases the ride’s surface area, which results in wind resistance having a greater effect on your ride when going opposite the wind direction.

Riders who compete on speed should carry the essential stuff only and leave unnecessary equipment at home. A water bottle and helmet are essential when you are riding for hours to help you hydrate and offer your head protection in case you are involved in an accident. Eye protection is also essential to prevent wind from affecting your eyes when traveling at a very high speed.

Riders who don’t need speed, such as mountain bikers, can carry extra gear such as flags, extra clothes, and cameras to document their journey.

Riding conditions that affect the speed when riding a bike mainly emanate from road conditions to weather conditions. Smooth roads that are tarmacked are good for riding because the tires achieve maximum traction on the flat and even surface, allowing you to ride the bike at top speeds. However, tarmacked roads also have many users, such as vehicle drivers and pedestrians, who force the bike rider to slow down.

Rough country roads that lack tarmac are usually deserted with less foot and vehicle traffic. When riding on such roads, you rarely have to worry about inconveniencing car drivers or hitting a pedestrian. However, the rough roads are challenging to ride on, especially with a bike that has slim tires.

Weather also affects the speed you attain because, unlike a car with a covered interior to protect the driver, you will be exposed to all weather elements while on a bike. For instance, raindrops fall directly on your body when riding a bike in the rain. Heavy rainfall also affects vision and makes the road slippery, forcing riders to slow down.

Riding in a crowd with other riders will also force you to speed up or slow down. When riding with more experienced riders, their resilience tends to motivate you to improve your speed and push your bike so that you can keep up with them. On the other hand, when riding with riders who are less experienced than you, such as your kids, you tend to slow down so that they can keep up with you.

Distance covered on the bike

The more you ride, the more your body gets overwhelmed by fatigue. Covering long distances on your bike can take a toll on your body and cause you to ride at slower speeds. Covering long distances on a bicycle also takes you to different environments and different road surfaces. You might start your journey on a flat road and travel to hilly places where there are steep climbs and descents.

The steep hills also require more effort to climb as compared to flat roads, which means that you have to slow down. Engaging a lower gear helps you tackle hilly roads. Steep descents, on the other hand, are the opposite. You can cycle to high speeds and let gravity take you the rest of the way, depending on how steep or long the decline is.

When riding uphill or downhill, it is essential to keep your ride as aerodynamic as possible to reduce wind resistance. You can achieve this by shedding off extra gear that you don’t need on the bike, wearing tight-fitting clothes, and riding with an aerodynamic helmet.

The rider’s age is also a variable that affects the average speed at which they can ride the bike. Riders who are in their prime can keep pushing hard on the pedals on a bike for a more extended period than older folks who might have frail legs. Riders between the ages of 20 and 36 can push hard on pedals at high gears that require more pedaling power. The effect is the bike reaching higher speeds within a shorter time.

Older folks aged above 50 years cannot pedal at the same speed or strength, implying that they can only attain lower average speed.

Age also comes with experience. Some teenage cyclists may have the same body strength as cyclists in the prime years but lack the expertise or training to make them achieve and maintain high speeds while riding. It is good to start children early on the bicycle to help them gain experience early in life.

How to boost your cycling speed?

There are many tricks that professional riders use to boost cycling speed when they are competing. You can also practice some of them whenever you take your bike out for a ride.

First is to tuck in elbows so that you can reduce the surface area where wind acts against. You can further reduce the riding profile by bending your head and shoulders close to the handlebars.

The next tip is to fill up the bike tires with pressure correctly. Flaccid tires will slow you down. Carrying a portable pump with you allows you to fill up on pressure when the tires expand due to temperature changes resulting in the tires becoming a bit flat without necessarily letting out air.

Riding in a group is also a great way of boosting the speed of your ride. When you ride with others, you encourage one another. Riding in a crowd also keeps you engaged in conversation, which means that your mind does not focus on how tired your legs are.

Finally, remember to wear tight-fitting clothes to reduce the effect of wind blowing against you when you are riding opposite the wind direction.