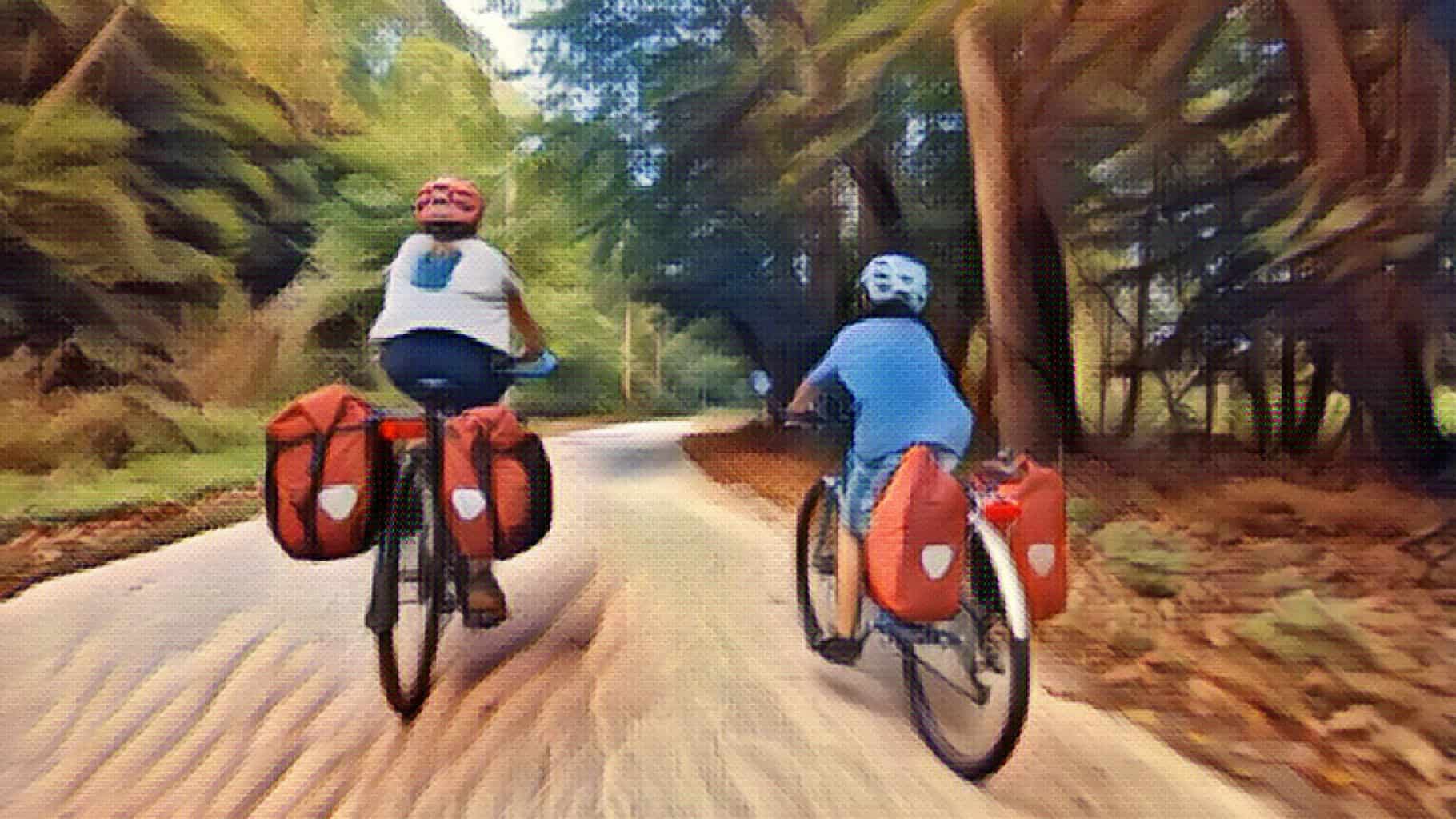 Touring bikes and road bikes look almost identical, but they are actually quite different.

Many people buy a touring bike because they think it’s a road bike or vice versa. They might not be getting the most out of their purchase if they don’t pick the right bike for their needs. [1]

In this article, we’ll explain the similarities and differences between touring bikes and road bikes so that you can make an informed decision about which type of bike is best for you.

Touring bikes are heavier and more robust than road bikes. They have thicker tires for better handling in poor weather conditions. They have mounting points that allow them to carry more cargo on longer journeys without being too bulky or weighing down your pockets.

Road bikes, on the other hand, are meant for speed. They’re lightweight and agile.

What are the purposes of touring and road bikes?

Road bikes are a great way to get efficiently from A to B, with their lightweight, aerodynamic frames and thin tires. They’re designed for all sorts of tarmac, whether it’s small cycle paths or North American trails! They’re one of the most aerodynamic bikes on earth, and their narrow tires mean you can reach speeds that other riders wouldn’t dream about.

In contrast, touring bikes are made for; you guessed it – touring. They are built for adventure, with sturdy frames to withstand challenging roads and all of your accessories. They come equipped with extra mounts so you can bring water bottles or bags ( panniers ) along. Most touring bikes come with powerful disc brakes because additional weight needs more stopping power.

Let’s find out the most significant differences between touring and road bikes in the different parts of the bike.

As we already mentioned, road bikes are made for speed and efficiency. That’s why road bike frames put the rider in a more aerodynamic and aggressive position.

These days, most road bikes have frames made of steel, aluminum, or carbon fiber.

Carbon fiber is the material of choice for high-end road bikes. It’s very light, and you can ruin an entire frame by crashing it, but performance benefits make up for this risk – not one professional cycling team races on noncarbon frames! [3]

Steel or aluminum are both common materials used in making touring bikes because they offer different benefits depending upon which type you select – but ultimately, each has its pros & cons that might not work out perfectly with every person’s needs.

In terms of frame geometry, touring bikes have a longer wheelbase, longer chainstays, and a lower bottom bracket. All of them contribute to the bike’s comfort, stability, and overall ride quality. [4]

When we talk about gears and drivetrain, both bike types are very similar. Road bikes and touring bikes have 2x drivetrains which means they have two chainrings in the front.

Road bikes often use 50/34t, 52/36, or even larger chainrings to make it easier for them to pedal. These numbers refer to the number of teeth on each of the two front chainrings.

In the back, most road bikes come with 8 or 11-speed rear cassettes with cogs from 11t to 28t.

Touring bikes are much slower than road bikes, but they often have more gears for climbing because of their weight and bulkiness to carry around in day-to-day life on the bike path or dirt roads alike. Riders opt for compact crankset sets that offer plenty between each gear so as not to have any trouble climbing even the steepest slopes.

Rim brakes are usually made of two pads that grip the wheel’s rim to slow it down or stop it. The pads are squeezed against the rim by the brake lever. When you pull on the brake lever, it pulls a cable that activates the brake pads.

Disc brakes are also often found on road bikes these days. There are two types of disc brakes – hydraulic and mechanical.

Disc brakes have a rotor attached to the wheel’s hub instead of traditional brake pads. When you squeeze on the brake lever, it pushes a piston inside a cylinder that forces hydraulic fluid through tiny holes, which activate the calipers and slow down or stop the rotation of the disc/rotor.

Modern touring bikes ship exclusively with high-quality hydraulic disc brakes because they are in many ways superior to rim brakes or mechanical disc brakes – in any weather conditions, when wet, for example. They need more stopping power because riders often load their touring bikes with a lot of weight.

Here comes one of the most apparent differences between the two bikes. Road bikes are equipped with super-thin tires ( between 20mm and 25mm ). Most of the models come with 23mm tires.

Wheel size is 700c or smaller and mainly designed to be ridden on smooth tarmac.

On the other hand, Touring bikes come with wider tires that absorb bumps much better. In most cases, they range from 32mm up to 45mm. They also come with a high spoke count of 36 per wheel. This is one of the reasons why touring bikes are an excellent choice for heavy riders.

Can you use a road bike for touring?

Yes, you can. The only problem is that the tires are usually too thin for biking on bumpy roads or dirt paths. You might get a flat tire every few miles, which isn’t great when you have to carry everything on your bike.

To avoid these problems, it’s better to get a dedicated touring bike instead of using road bikes for multi-day cycling trips.

Yes, they do. The only difference is that they are designed to carry a lot of weight and come with wider tires that aren’t as thin as those found on road bikes. You can easily switch the tires from one bike to another if you decide to use your touring bike as your road bike.