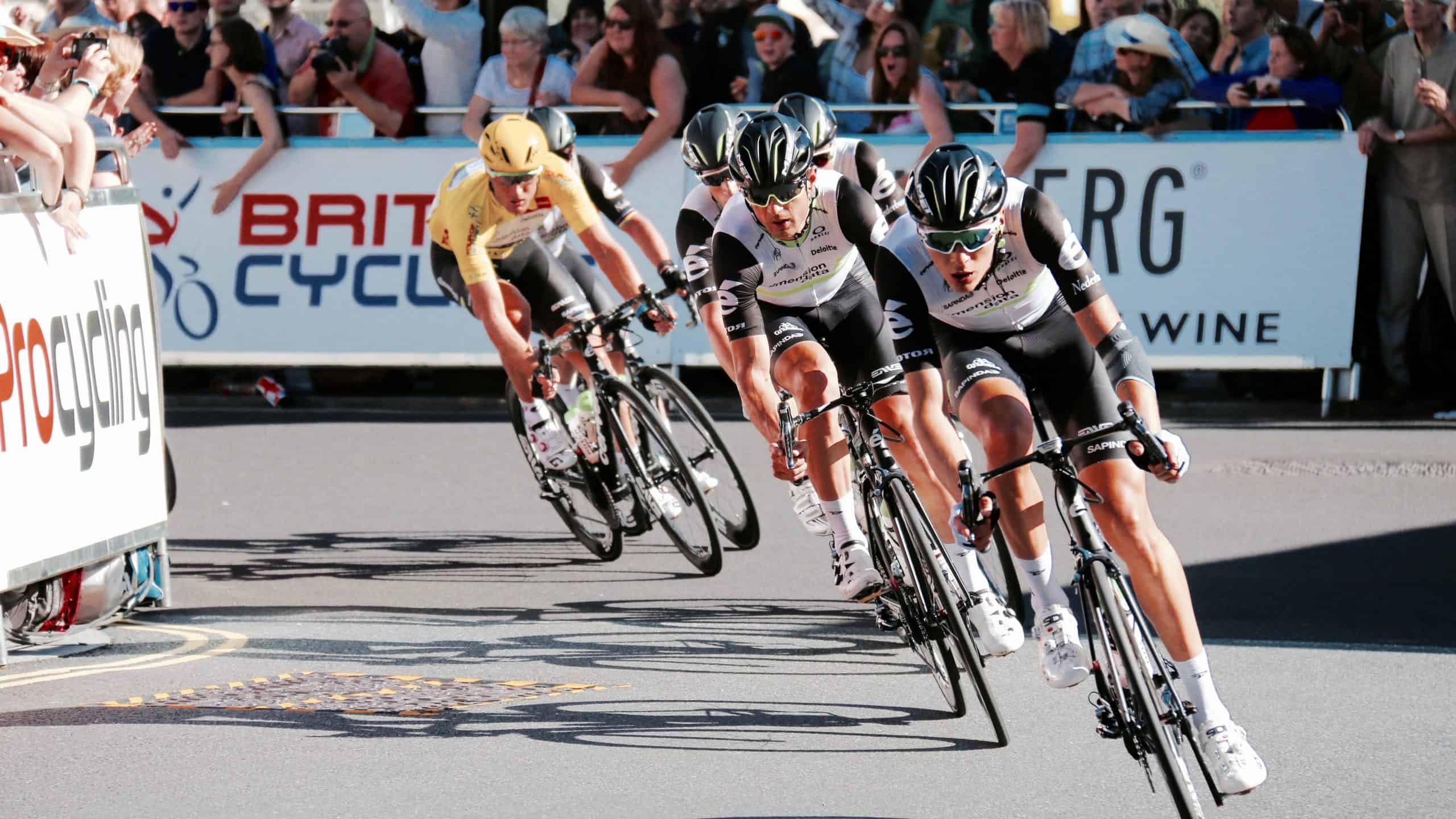 The short answer to this question is – yes pro cyclists do listen to music on wireless headphones, but not while racing. The earpiece you can see on their ears during races is for communication with their team director.

But let’s dig a little bit deeper into this topic.

You bet your playlist cyclists listen to music – but smart ones, like “Iron” Sally Bingham, only make music part of their pre-performance routine to reduce anxiety, get a handle on her nerves and get motivated.

About 3 hours before she is due to show up, she swears by this routine: “Sit on my hotel bed and listen to music while looking through and rechecking the race stats, maps, logistics and nutrition.”

Bingham acknowledges the fact that some cyclists don headsets while riding, but that doesn’t include Daniel Sapp. “Personally, I enjoy hearing the outside world and tuning in with the woods and nature around me…not to mention hearing how the bike sounds, for better or worse,” he blogged on the PinkBike.com website’s poll page.

But London’s “The Guardian” newspaper says riding wearing headsets is a recipe for disaster, whether the rider is a pro or just an ordinary Joe. When London police sought feedback from the public, “90-percent of respondents” favored banning headsets.

But, you say, these cyclists are commuters, not pros. They should know what they’re getting into amid London’s automotive traffic. That’s when we sought the opinion of Aussie Jason Brown, who not only rides but creates website content for TheGeekyCyclist.com. Jason proffers a definitive “No” on this topic.

“I stay away from using headphones while I’m riding for safety reasons,” he says. Wear them and “I won’t be aware of my surroundings especially if there are vehicles coming up from behind me”. Dare we say that opinions on this topic are all over the map?

If your wise Dad always told you that the truth is somewhere in the middle, “Cycling Magazine” contributor Richard Windsor’s thoughts belong in the mix. He acknowledges the controversy but insists, “the evidence cuts both ways.”

Windsor cites a scholarly study by Drs. Katrina Jungnickel and Rachel Aldred who concluded, “music and headphones actually helped create a ‘sensory strategy’ that enables cyclists to cope with riding in a dangerous environment by effectively calming the overload of sensory data”.

Whoa. That gives tunes-al-fresco serious cred and perhaps it’s the evidence you need to justify music on the trail. A couple of high-profile cyclists agree with the doctors. Former professional cyclist Sam Williams won’t leave home without his music, insisting that earphones “are just as important as a pump and spare inner tube when I’m out on a ride.”

Alternately, AA president Edmund King says headsets are fine, but “It helps if road users have their wits and senses about them!” If you’ve had close calls with other cyclists engulfed in a world of sound, you probably agree.

1 thought on “Do Pro Cyclists Listen to Music?”